In 1999 a Christian businessman and I started the Scroll Project (I like to call it The Scriptorium). The project was to find badly damaged Hebrew Torah Scrolls, purchase them and frame as many pages as possible and then to donate them to places where they would be honored as the Written Word of God in the original form and before translation. Thus far we have distributed portions of non kosher, fragmented Hebrew Torah Scrolls to well over 500 Christian institutions and individuals. The Scrolls have dated from the late 1500s to early 20th century.

Each Portions of the Scrolls have been treated with the highest respect. When framed, over 300 sheets, the fragments have been framed to meet museum standards. 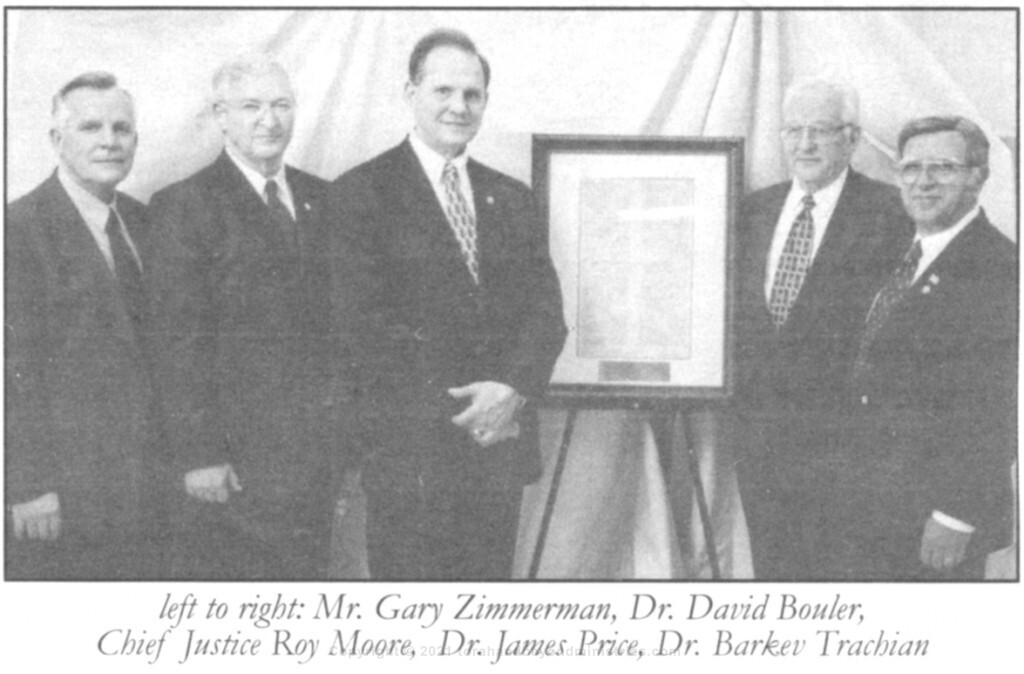 The second and third framed portions of the Ten Commandments are on loan to the United States Congress Congressman Mike Sodrel from Indiana and Congressman Kenny Marchant from Texas. Both Congressmen were very pleased to hang the large sheets in their Washington offices. They said many of their friends would be pleased to see them. The two sheets containing the Ten Commandments came from a badly damaged Torah Scroll written in Poland before the Holocaust.

The sheet containing the Ten Commandments came from a badly damaged Torah Scroll from Hungary. This Torah was damaged in the Holocaust.

The donation turned out to be quite a ceremony and it made the front page of the Marine Corps newspaper “The Globe” edition Thursday August 2, 2007.

The sheet containing the Ten Commandments came from a badly damaged Torah Scroll from Western Europe.