The Scroll of Psalms was the rarest of Scrolls added to this collection. Probably no Gentiles and not many Jewish people have seen a Scroll of Psalms. They were not written for public use in the Synagogue since the eighth century.  None of the Soferim and museums I have contacted have been able to give me information where one may be found in use or display. My buyer found only four in the land of Israel. He said one was in the Galilee, one was at the Kotel (Western Wall), a prominent Rabbi had one, and a small shul in Jerusalem had one. After negotiation with the Shul, they sold us theirs for enough funds to let them have another Scroll written for their use. 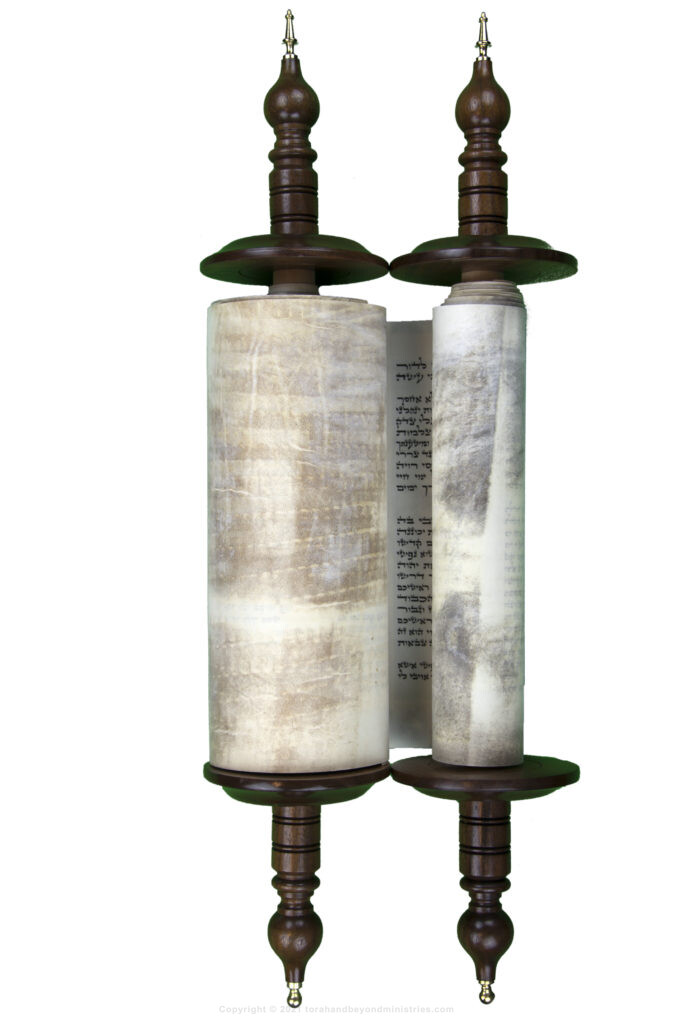 The Hebrew Scroll of Psalms in this photograph is opened to Psalm 23. Psalm 23 starts on the third line from the top, and as you know, Hebrew is written from right to left. 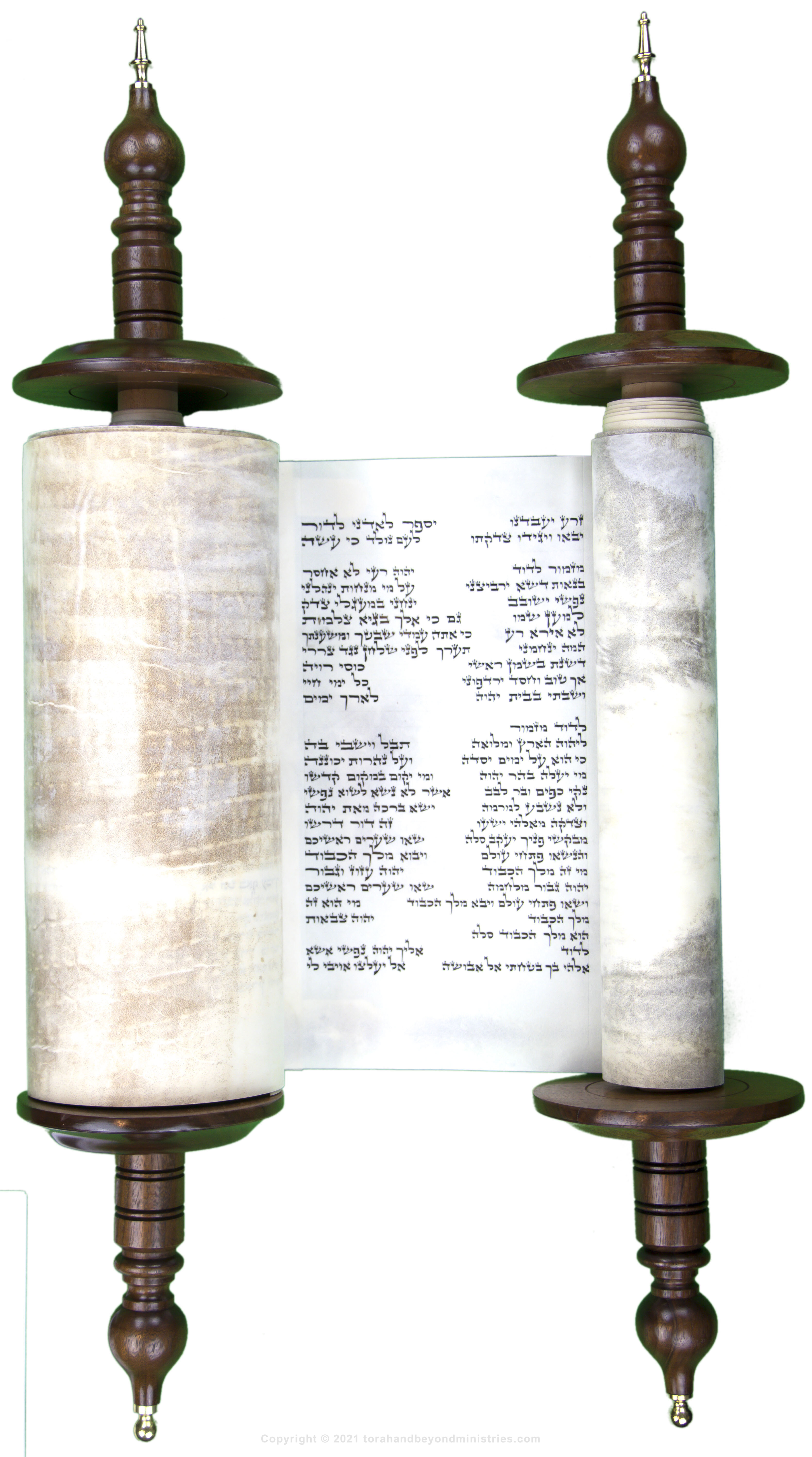 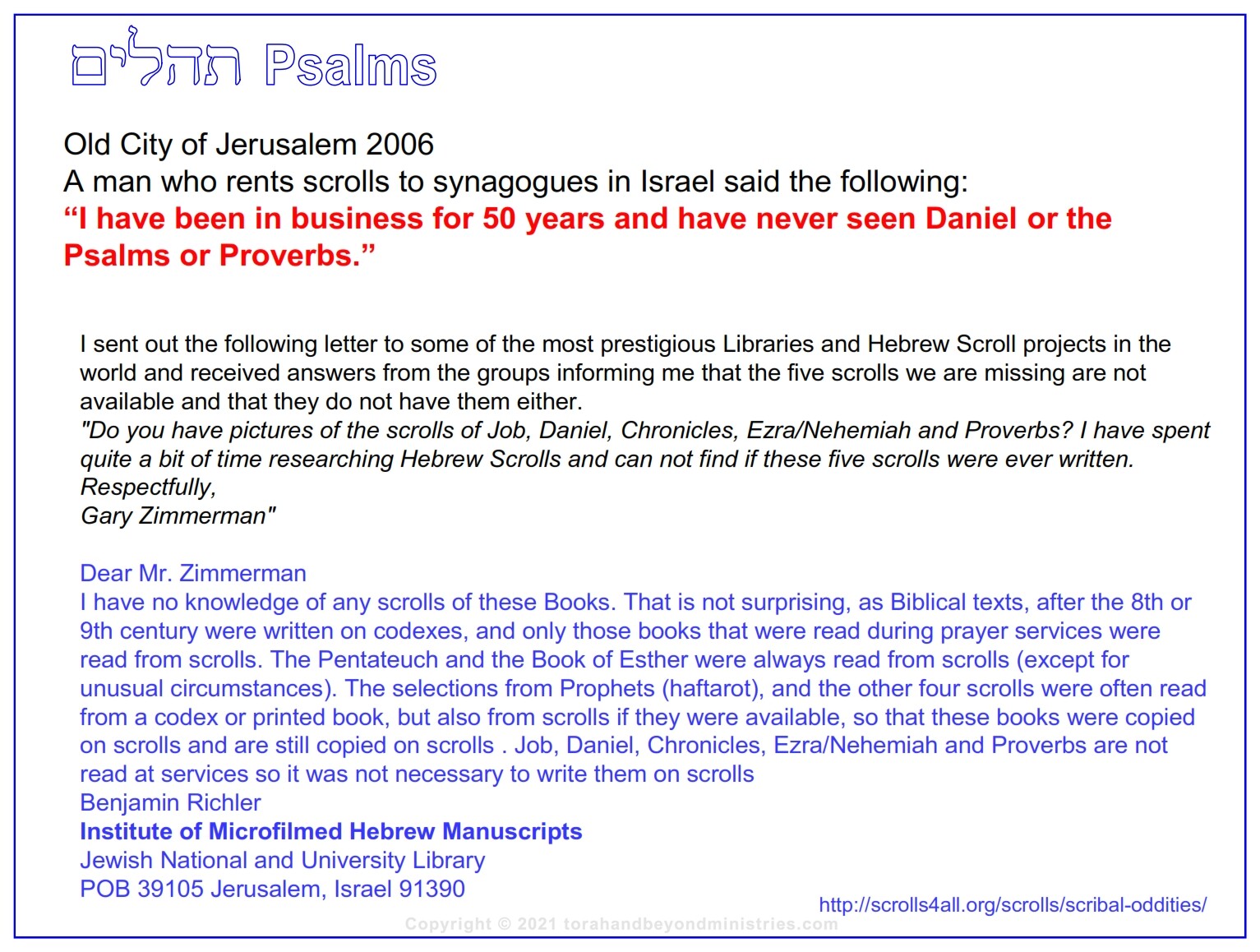 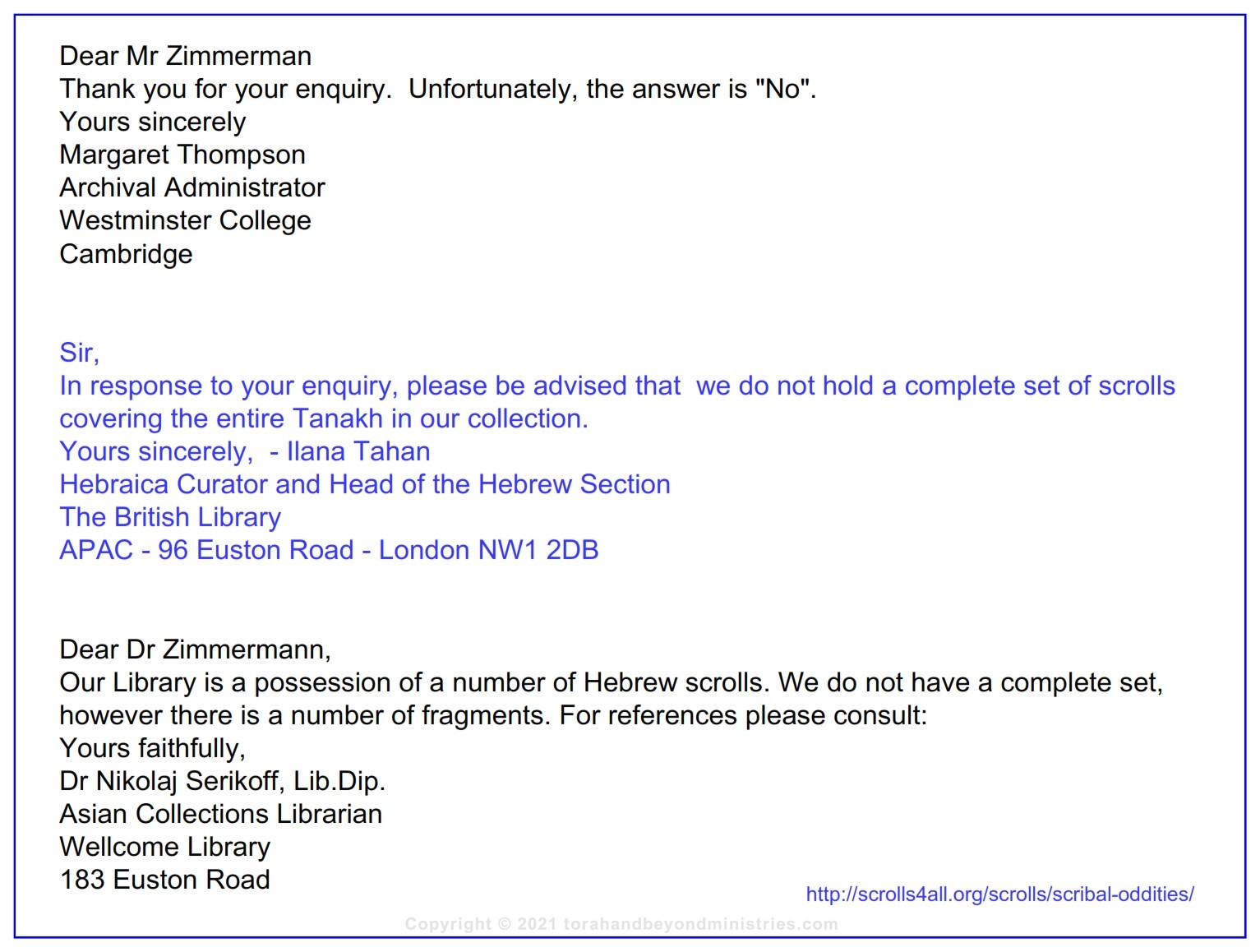 Jewish friend and master woodcarver Dan Katz made the Etz Chaim, Scroll Rollers for the Scroll of Psalms. 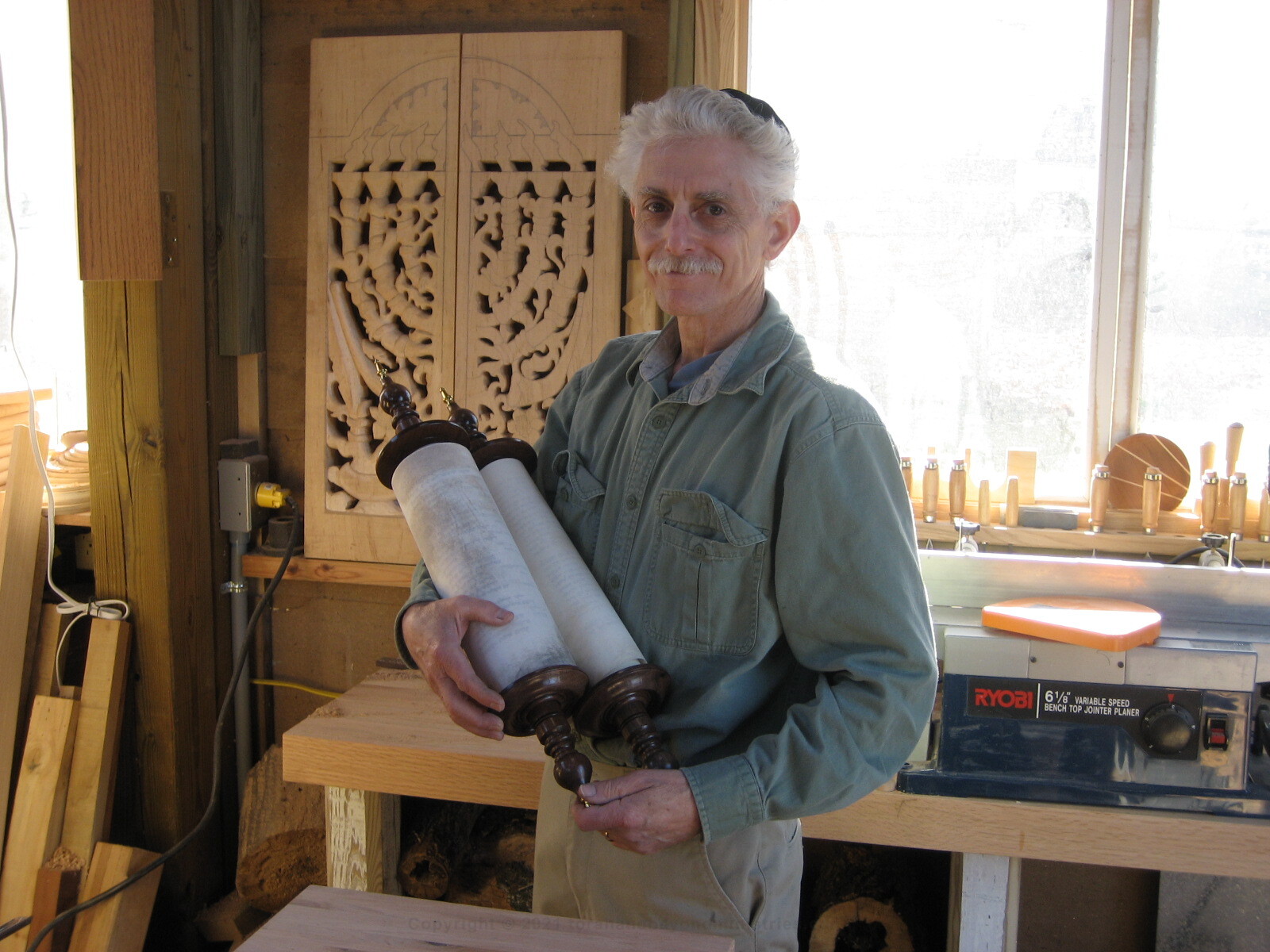 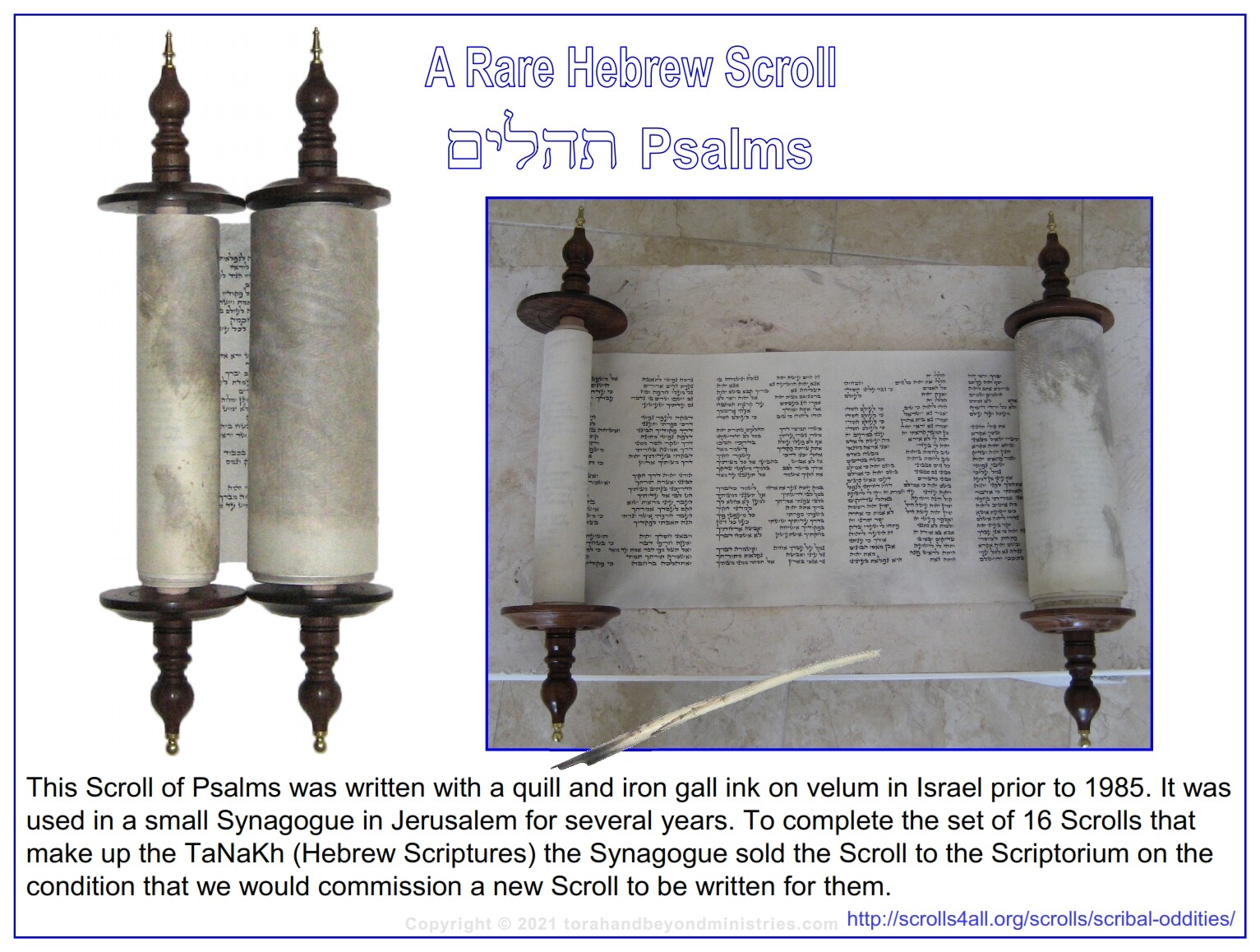 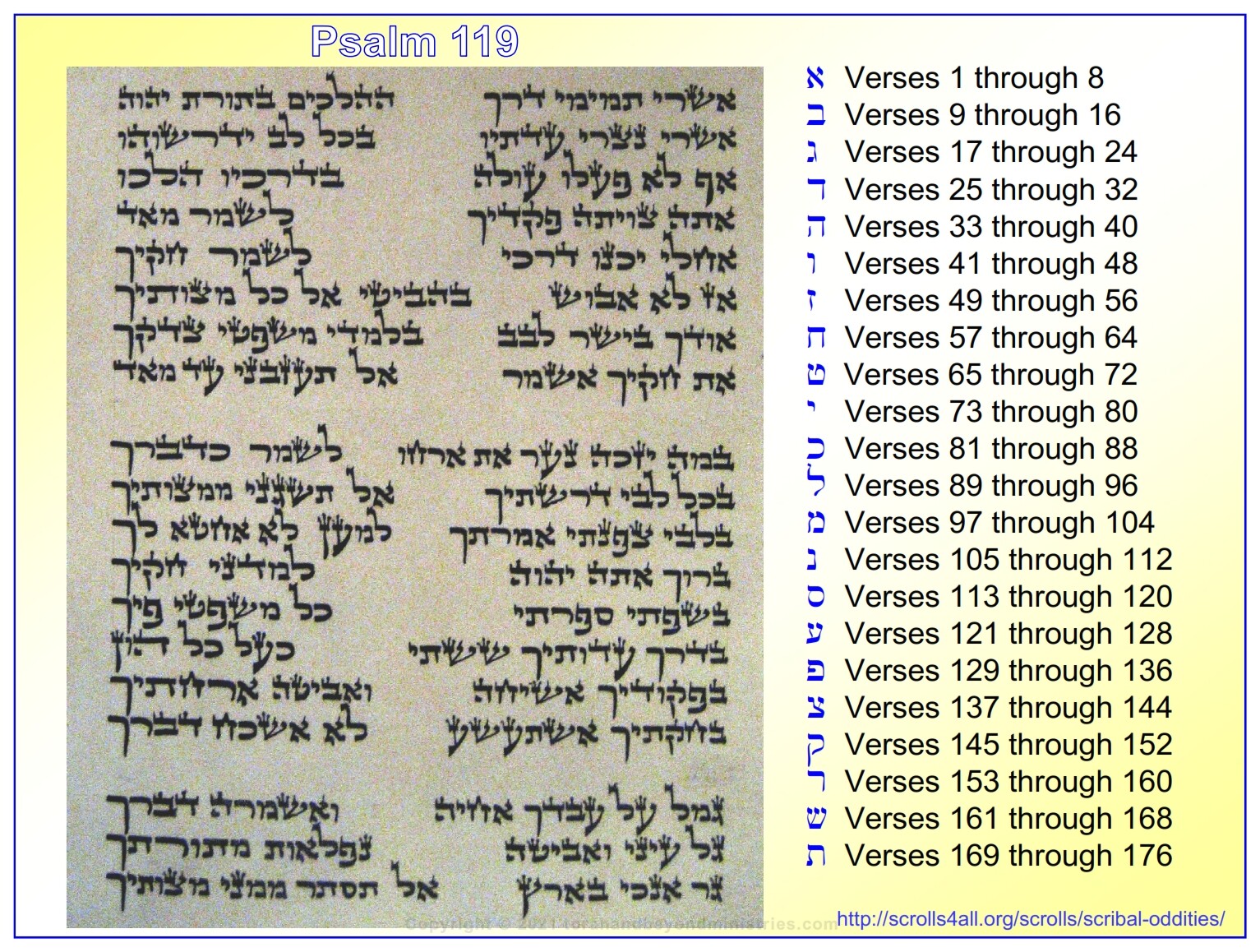